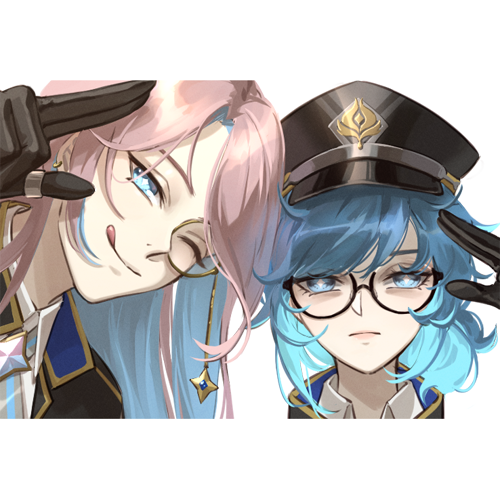 Our purpose is to provide guides and advice to help Travelers plan their banner spending, due to how difficult and expensive pull currency is to save and obtain.The SYP Team consists of two admins (A.Q. and I.T.) and a small, wonderful team of volunteer translators.Header artwork and character designs by ngkhyn.

The SYP Commandments1. Never pull without a plan.2. Always plan for worst case scenario.3. Waifu/Husbando > Meta, but every character also deserves to be balanced and worth your investment.4. Your mental and financial well-being is more important than a game.5. "Building pity" is a myth invented by the paper-handed. Never pull unless you're okay getting the rate-up 5✰.

Estimated Income / Minimum # of Free Pulls Per Patch:
~65+ Limited Pulls Per PatchUsing conservative averages from the Freemogem History documentation at the bottom of the page. Assumes full exploration, full participation in In-Game Events + Web Events, full completion of new content (Achivements, Serenitea Pot, etc.), and full-clears of Spiral Abyss per patch.Spiral Abyss accounts for ~11 pulls per patch, or ~2.75 pulls per full-cleared floor per patch. If you do not participate in Spiral Abyss, subtract 11 pulls from the final Pulls Per Patch number that applies to you.+ Welkin (~26 Pulls) = ~91 Limited Pulls Per Patch90 (daily Welkin primos) + 10 (300 Genesis Crystal Welkin bonus converted to average # of extra primos per day of Welkin) x 42 (days in a patch) = 4,2004,200 ÷ 160 (primos per limited pull) = 26.25+ Battle Pass (~8 Pulls) = ~99 Limited Pulls Per Patch4 (Intertwined Fates from rewards) + 4 (converting level 50 reward of 680 primos to Intertwined Fates) = 8

Note: This is a list of resources we ourselves frequent. Aside from our own guide(s), we are not personally affiliated with any of the creators listed below.

HOW TO SAVE PRIMOS LIKE THE FRAT STAR YOU ARE: PULLING ON WEAPON BANNER WITHOUT SPENDING LIKE A TOTAL GEED 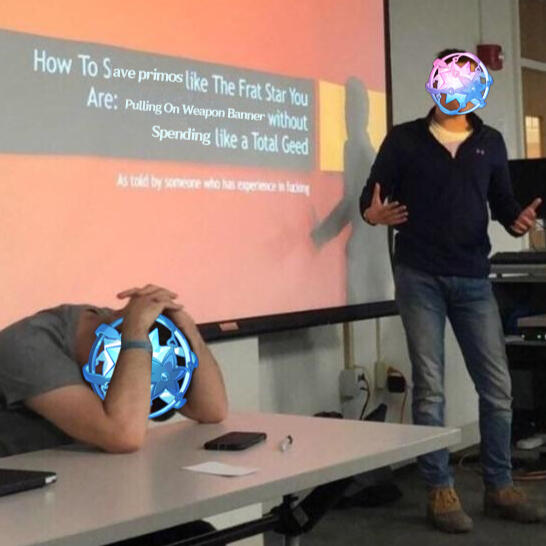 For F2Ps / low-spenders, we have previously advised against pulling on the Weapon Banner due to high investment cost and the fact that newly-obtained characters provide more overall value than any single weapon ever could. (Yes, this includes Staff of Homa.)However, “just don’t do it” is not advice.This guide was written to help Travelers make informed choices, and to share the smartest possible way of pulling on the Weapon Banner, even though we still do not advise it.Note: This is not a Weapon Banner tutorial. For a comprehensive overview of Weapon Banner mechanics, read here.

At 0 pity count, and in worst case scenario, it takes three rounds of pulls, or ~210 pulls / ~33,600 primos, to guarantee one copy of a specific limited rate-up 5✰ weapon. Hard pity is at 80, soft pity is at 65, and we use a conservative estimate of 70 pulls per round. (70 pulls x 3 rounds = 210)We have condensed pulling on Weapon Banner down to three rules:

1. Only pull on the Weapon Banner if you can use either of the rate-up promotional weapons.2. After acquiring 1 Fate Point, stop pulling on the Weapon Banner unless you can afford to reach pity two additional times (~140 pulls).3. Rule 2 can be broken only if: 1) you lose the 75/25 in the first round to a standard weapon, 2) both rate-up promotional weapons are equally desired, and 3) you have the self-control to not be disappointed or spend beyond your means if you max out your Fate Points (2/2) and are unable to complete the final guaranteed round before the banner is over.

Now, let's talk about why.

As the Character Banner starts as a 50/50 between a limited character and a character from the standard pool, the Weapon Banner starts as a 75/25.There is a 25% chance your 5✰ will be an off-banner standard 5✰ weapon, and a 75% chance your 5✰ will be a rate-up promotional 5✰ weapon (meaning there is a 37.5% chance for either weapon on the banner).Rule 1 exists because the gamble is more worth the primogem investment if even the non-desired promotional weapon could be of some use to your account. There’s already a 25% chance you may receive an undesired weapon–why increase that to 62.5% by adding a 37.5% chance for a weapon that’s completely useless to you?Rule 2 exists for a couple of reasons, the most important of which is that Fate Points do not roll over. Pulling past 1 Fate Point risks losing round two, and maximizing 2/2 Fate Points without being able to afford your then-guaranteed third round is a complete and utter misuse of primos. (We have found this scenario common in making Travelers feel coerced to spend money to finish their Path, lest their current level of investment go to waste.)But if Fate Points don’t roll over, why do we advise to pull until you get one?First--there’s a 75% chance you’ll pull one of the promotional weapons. The odds are pretty good, especially if you follow Rule 1.

Secondly, what many travelers do not realize:

If you lose the 75/25 to an off-banner standard 5✰ weapon, your next 5✰ weapon is guaranteed to be one of the two rate-up promotional weapons.Fate Points do not roll over, but this 50/50 does.So, pulling a standard 5✰ and immediately stopping turns a future Weapon Banner first round from a 75/25 shared with standard pool to a 50/50 between both promotional rate-ups–which is great for you, because you don’t pull unless you could use both weapons anyway, remember?On the whole, we still do not recommend pulling on Weapon Banner–but should you choose to, we hope this helps you plan/pull more efficiently.

(SFW) Fanart from our wonderful community.